Craig Nichols is the founding partner of Nichols Law Group, a highly respected personal injury law firm located in Portland, Oregon. Established in 1983, Nichols Law Group enjoys a reputation as an innovative, ethical law firm that represents both individuals and businesses in search of legal justice.

For over 30 years, Craig Nichols has championed the rights of personal injury clients in state and federal courts throughout Oregon and Washington. 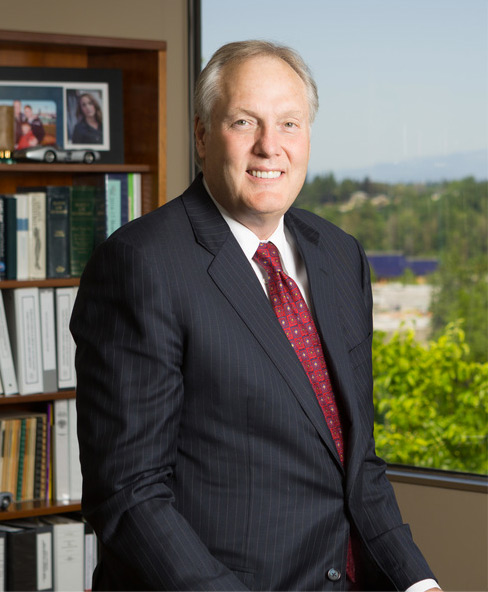 Nichols Law Group also represents a variety of businesses throughout the Northwest.

Craig has dedicated his legal career to the skillful and compassionate representation of those severely injured by the negligent acts of others. Consistently employing the highest level of legal standards, Craig is able to bring comfort and closure to individuals and their families with the successful resolution of their cases.

Craig is an accomplished attorney and has successfully tried numerous cases in both Oregon and Washington that have resulted in substantial verdicts and settlements for his clients. Particularly notable cases include a $3.25 million settlement that Craig negotiated in a products liability case against the manufacturer of a steel production facility.

Craig has a special interest in helping those who have suffered traumatic brain injuries as the result of the acts of other individuals or businesses. As a result of his unique legal skills in this area, Craig has compiled a long list of settlements and jury verdicts in excess of $1 million dollars; even in extremely difficult cases where the traumatic brain injury was evidenced only by subjective complaints.

Craig’s ability to intelligently apply applicable case law to specific fact patterns led him to win two important cases before the Oregon Supreme Court which resulted in decisions of first impression. One case expanded landowner liability for negligence and the other case clarified the limit of emotional distress damages in cases where physical harm is not alleged.

Craig is a past president of the Brain Injury Alliance of Oregon and he also serves on the Board of Directors for the Oregon Trial Lawyers Association.

Craig is admitted to practice before the U.S. District Court for Oregon, the U.S. Circuit Court of Appeals for the Ninth Circuit, and the United States Supreme Court.